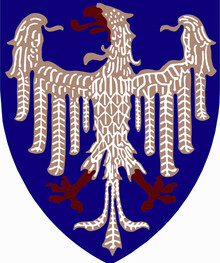 According to some researchers, Charles Magnus’ Europe originated in the Chienti Valley.

At the origin, San Claudio’s church was named “Sancta Maria Mater Domini" and just after a few years they called that "Cappella Palatina".

Pipino il Breve started building up the church towards the end of the 8th century. In this place, Charles Magnus was buried after his death.

Unfortunately, due to a critical war situation that was occurring in these lands during the 12th century, in 1166, the so called “Translatio Imperii” law by Frederik I transferred the political power from Aquisgrana (here in the Chienti Valley) to Aachen (Aquisgrana in Germany).

Many people, nowadays, believe that our calm and tiny San Claudio was a long long time ago the center of Europe: many archeological findings seem to claim this thesis.

Recently it was stated that Charles Magnus’ remains are believed to be buried under the main entrance arch of the San Claudio al Chienti abbey.

We’ll wait for you in our beautiful land!